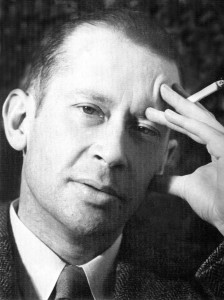 Last year the Dial Award for distinguished service to American letters was given to Mr. Edward Eastlin Cummings; and so, say his publishers, recognition was paid to “one of the most astonishing careers in American literature.” “Within a brief five years,” we are further assured,” “E E Cummings has won ranking with the foremost living poets.”

In the old days when poets were still hopelessly unscientific in method, the product of a poet was regarded as the matter of chief importance in judging the poet’s significance. Poetry was then composed by a deplorable hit-and-miss method: and though some rather creditable poems were created–even so early as Homer–the happy result seems to have been largely accidental. If, by any chance, a given poem awakened in men a sense of beauty and awe, it was held to be successful. There was then no better way of judging.

Now that the world has at last become modern–and how strange it seems that men never lived in modern times before!–all that is altered. No poet worth his salt would attempt to achieve a reputation in these days without a special theory of technique. It is the very first matter to go when you discover that you are affected with the divine afflatus.

Mr. Cummings’ theory is as simple as it is ingenious. “I can express it in 15 words,” he tells us, “by quoting the Eternal Question and Answer of burlesk, viz, ‘Would you hit a woman with a child?–No, I would hit her with a brick.’ ” “Like the burlesk comedian” adds Mr. Cummings, “I am abnormally fond of that precision which creates movement.”

Here is brick number 36. See if you can catch it without considerable movement:

It must not be supposed that there is anything easy about writing such poetry. It is very hard for Mr. E E Cummings to make poetry, even by his simple theory. “I should prefer to make almost anything else,” he confesses, “including locomotives and roses.” As a matter of fact, so the author assures us, it is precisely with “locomotives and roses that the poems are competing. They are also competing with elephants and with El Greco.”

It is in the light of the latter statement that one should read the following exquisite lyric. Compare its sprightliness with that of an elephant:

One remembers, however, that there are highbrows who insist upon profundity in poetry. These may complain of a too blatant obviousness in the simple wood-note wild that Mr. Cummings has achieved in the two lyrics quoted. But our poet is limited to no such lilting airs. As a matter of fact, he can, and frequently does, soar beyond human comprehension when he lets himself go. In addition to roses, locomotives and elephants, Mr. Cummings tells us, he sometimes competes with Niagara Falls. No doubt he did so in the following torrential poem:

The chief point in Mr. Cummings’ theory has been withheld thus far, in the belief that it could not possibly be appreciated until something of the poet’s astonishing quality had been displayed. Here is the point: “Ineluctible preoccupation with the Verb gives a poet one priceless advantage: whereas non-makers must content themselves with the merely undeniable fact that two times two is four, he rejoices in a purely irresistible truth (to be found, in abbreviated costume, upon the title page of the present volume).”

Eager for this “irresistible truth,” we turn to the title page, which reads as follows, “E. E. Cummings Is Five.”

How much a simple sentence may explain!