From the Minneapolis Journal, June 27, 1917, p. 3, Neihardt wrote the following about The Job, by Sinclair Lewis: 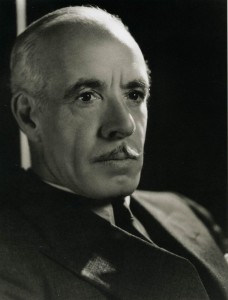 Here is set forth, with a patient accumulation of detail, the story of an ambitious small town girl, who, after the death of her father, goes with her mother to New York city, lured by the usual romantic dreams. After a long and sordid struggle with things as they are, she achieves an income of $4,000 a year and a second husband–the latter, presumably permanent. Probably as many as 10,000 stories with practically the same plot have been written, and nearly all of them either insufferably sentimental or indecent. The present novel is decidedly neither.

In writing a realistic story such as this, first hand knowledge of life having been granted, everything depends upon the author’s sense of proportion, which appears to be highly developed in Mr. Lewis. The Job may be described as a pictorial criticism of an individualistic society which is based upon an industrial system conceived as an end in itself rather than as a means to human welfare. His characters, presented with extraordinary vividness and economy of means, are readily seen to be logical products of a civilization (if the term may be used with justice) which has set itself the task of toiling prodigiously to satisfy the unnecessary desires which it is constantly creating. The Job is at once a tragic and ludicrous picture of a world that has made the radical mistake of prizing money (the representation of things) above things–a world worshiping a monstrous delusion.

We doubt if Mr. Lewis’ work may be ranked as literature in the strict sense of the term; for literature is concerned with the enduring truth, the ethos of life as distinguished from the pathos. Here the emphasis is placed, as in all “realistic” fiction, upon the fact, which is essentially transient. One does not produce a great piece of sculpture by making a cast from a human figure; nor does one produce literature by making a studiously exact copy of contemporary life. Nevertheless, we believe that the value of The Job is great. From some such book as this, posterity will understand us of the 20th century and our ephemeral institutions, which have seemed to us not only permanent, but representative of an astounding “progress.” And if such records are to be left, now is the logical time for their appearance, because we have only recently passed the culminating point of the individualistic regime. In the year 1917 we stand upon a watershed of history, looking back upon individualism and forward to some form of collectivism under state control. For Europe, August, 1914, marked the turning point. For us in American the crisis came in April of this year. The change may be slow or rapid, but it has begun. This state conceived as a superbeing will wax, the power of the individual will wane: and Mr. Lewis has done an important thing in that he has given one man’s view, necessarily fragmentary, of an age that is passing.