I want to complain! I want to put together an impressive string of expletives and offhand references of people’s lineage and shout it to the heavens. I want to. Indeed I really do. But I am going to make a comparison instead. And I will let you decide which is better. The comparison is of our federal system and all our politicians versus the Lakota Indian federal system and its leaders in the early 1800s (before the Hoop was broken). I promised myself that when I started writing, I would leave politics out of it, so to the best of my ability, I shall. Instead I will make it generally personal, for it is motives, personal desires and the quality of the individual that make the difference. 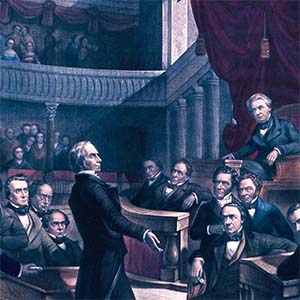 When a man or woman in today’s world wants to become a politician and “help the people”, how do they go about it? First, they need a desire for personal power and influence. Next, they must establish a base of the powerful  and their money, and if they are successful at that, nothing else really is required. Of course, words need to be able to flow out of their mouths effortlessly, and they need a “message to the people” which need not be true, but simply convincing. But what is really in their hearts? Do they ever transcend their personal goals and belong to the people for the good of the whole? I want you to honestly tell me. My answer is a rather doubtful, no. The system established by our founding fathers is good and should work, however the people controlling it are flawed; and greed, corruption, and the search for more power is really the rule of law these days. Please notice that I have named no political party, nor will I, for the two party system is the cruel way those who desire power have developed to divide us and control us. I could go on, but I know that you probably have a clear understanding and possibly share the same rather helpless feeling about it that I do.

Mind if I move to the other side of my comparison? Imagine a young Lakota man growing up in the Hoop of the People, before the Hoop was broken. His grandfathers are his teachers and he dreams of being strong and brave. If he were to decide that he wanted to become a chief of the people, how best would he go about it? First as he was growing up, he would need to prove that he is brave and unafraid. He would need to go into battle with the enemies of the people and “count coup” and even kill the enemy. Yes he would need to be strong and brave, but that was not enough if he were to become a chief. He would learn to be a good hunter and bring back much meat to the people, but that would not be enough to become chief.

Let us now leave our man for a bit and I will tell you some of the way of the Hoop of the Lakota people. This information was gathered by my grandfather in the 1930s and 1940s from “unreconstructed long-hairs” of the Siouan people, including Black Elk and Eagle Voice. They found in him the desire to know and understand and they decided to teach him what they knew. In the scope of this article, I will only go into as much detail as necessary to make my point. However, there is a DVD titled “The Way of the Lakota” that goes into much greater detail should any of you care to know more.

The Lakota, as a people, formed the Great Hoop of the People. Within that Hoop were seven smaller hoops called Teoshpaiay. These could be considered states, meaning they were autonomous and could travel where they would, but were still a part of the whole, similar to our federal government system. Each Teoshpaiay had a Wichashita Nacha (chief), and three Nacha (lesser chiefs). The Chief lived in the Teepee Okige, the highest teepee. The Teepee Iyokihe was the second highest teepee and was where the councilors made the laws for the Teoshpaiay. When all the Teoshpaiay came together for a council or for a great buffalo hunt, they created the great Hoop. The seven Iyokihe were brought to the center of the camp and were fastened together to make one large enclosure called the Teepee Thrown Over. It had sides only and no roof, for it was not going to be used long. It was here that the representatives from all the Teoshpaiay made the laws for the whole tribe.  The enforcer of the laws for each of the Teoshpaiay was called the Akichita and was said to have the power of lightning and thunder. He had the power over any who would break a law, including a Nacha or even the Wichashita Nacha himself. If a law was broken, the people felt that it was like breaking a bit of the Great Hoop, because it affected the lives of all.

Up to this point, all this is pretty much government stuff and a thinking person might reason that it could become as corrupt as any other system of government, given enough time. You only have to look at our system of government at all levels to see that it is true. But “hold fast, there is more”. In each of the Teoshpaiay, there was a society called the Wichasha Yatapika. It was comprised of “men of whom no evil is said”. It was an unofficial body of good men. They had the power to throw out bad people including the chiefs. The Akichita, or enforcer of the law, was chosen from the Wichasha Yatapika. Even the chiefs were chosen from the ranks of this unofficial body of good men. The Wichasha Yatapika made no laws, but ultimately had great power because of their stature in the Hoop of the People.

To understand the true meaning of the Wichasha Yatapika and its tremendous value to the people, let us return to the young Lakota man who has a desire to become chief. As you recall he is a proven brave man and skilled hunter, but that was not enough to be chief. Lets call him Eagle Voice. It will take Eagle Voice a long time to become a chief. Being brave and skilled was expected, as was never breaking any laws. He also must be good to everyone in the Hoop and be generous and  take care of the old people. These things he will continue to do until the people begin to notice him. Imagine a group of old people sitting under a shade visiting and talking about the good old days. They see a “horseback”, our Eagle Voice, riding in from a hunt. He stops and gives them the best cuts of meat and honors them. They will start to talk about him and say that he is a good man. He continues to do this because it has become his way of life. He is brave and generous, the two most valued traits a Lakota man can have. As he continues for a long time on this path, and the people speak kindly of him, he eventually comes to the attention of the Wichasha Yatapika. The begin to talk of him in their meetings and say “this is a brave and generous man”. They speak of him over a period of time and eventually they decide, “this good man should become one of us”. They then call a meeting of the entire Teoshpaiay and call Eagle Voice before them. “the people think you are a good and brave man and we have noticed you and think you should become one of us”  Then they ask all the people “is there anyone here that can say anything against this man?” If all pronounce him a good man, they then offer Eagle Voice the Sacred Pipe. If he takes it and smokes it, he has made a vow to the people and is welcomed into the Wichasha Yatapika. Then he is taught what he must do in front of all the people, and they tell him, “you do not belong to yourself anymore, you belong to the people”. Thus Eagle Voice is now a Wichasha Yatapika, and as long as he continues on his path of bravery and generosity and goodness, he shall remain in the society. And if Eagle Voice continues to grow on this path, he can become Wachin Tonka; which is to be “filled with great spiritedness and great mindedness, one that has learned how to stand above himself as he stands above others”. And eventually, Eagle Voice may be asked to become a chief.

I have a few questions to ask you. First, you may know that in the early period of our history, Indians were considered savages. In light of the above, who indeed are the savages? If we “grew” our leaders as the Lakota once grew theirs, what would our country be like today? Is there anything we can learn and bring into our society? What if our leaders truly understood that they now belonged to the people and not to themselves? Isn’t it motives, personal desires and the quality of the individual that make the difference?

All the best to you.