Why Do I Compose Music?

To feel at least a small part of the great scheme of things. 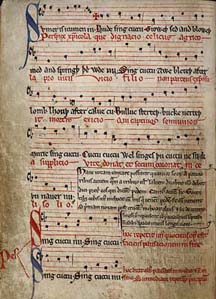 However, there are times when working on a score that something starts flowing through me, a feeling or an energy that nudges me to use that harmony, or that rhythm, or that instrument. Sometimes, I go into my studio early in the morning and look up a bit later and it is afternoon. Often, I finish a piece of music and go back and listen to it, and do not remember writing it, though I do remember spending the time doing it. So why do I compose music? I do because I need to feel that flowing energy in me and I yearn to feel at least a small part of the great scheme of things.

How did I prepare myself to compose music?

As a kid I played trombone in the school orchestra and marching bands. I enjoyed it and actually loved the sound of the trombone. In high school, I began learning rock guitar and ended up in a pretty darn good rock band of the 60’s. Though I really loved playing music, I never thought I was going to be a musician. None-the –less, I began studying the classical guitar and fell in love with the instrument. Still, I had a life planned of farming and getting a degree in civil engineering. That is until that life changing event . . .

I was drafted into the US Army in 1969, right out of college in the midst of a semester. I went to basic training, then advanced training and then straight to Vietnam for a tour, then Korea for another tour. I came back to the states not knowing who I was, and not knowing what I wanted to do or be or anything. I think now “they” have a “name” for it, but there was no name for it then. All I knew was that I wanted something “kinder and gentler” and artistic.

So I set my sights on music and since I was so taken with learning the classical guitar, I set about it earnestly. I found out that the Conservatory of Music in Kansas City, Missouri had a degree program in Classical Guitar Performance so I applied. To my dismay, I was rejected, for several years earlier, when I was drafted, I never withdrew from the university and I had 17 hours of F on my record. Fortunately for me, an associate and friend of my grandfather was a retired chancellor of the University of Missouri and pulled a few strings for me. If I could pass the College Entrance Exam again and would promise to send my grades to him for 4 years, he would help me get enrolled. I aced the entrance exams (and sent him grades of 4.0. over the next four years). 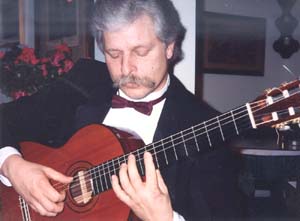 I studied hard, and practiced long hours and did very well at the conservatory. I went to master classes with great guitarists, most notably two of the Romero Family, Pepe and Angel. And I ate and slept music theory and composition. I graduated from the Conservatory of Music with Distinction with a major in Guitar Performance, and a minor in Music Theory and Composition.

I became friends with Mark Bentley, an excellent guitarist at the conservatory, and we became a classical guitar duo. For a couple decades, we played concerts for arts councils, colleges, music societies and festivals (including the Festival European International in Geneva, Switzerland). We supplemented our income teaching guitar and playing in bars and restaurants. As a duo, we played lots of music we arranged and transcribed for 2 guitars. We also recorded two albums, one of classical music and one of Christmas music that were well received.

When did I start seriously composing music?

As a composer I would say that I am “old” school in that I painstakingly write out the music in a score. I write each note, rest and dynamic for each measure of each instrument included in the piece I am composing. However, I am also “new” school, for in 2006, I discovered a music writing program which allows me to write out the score on a computer. I have upgraded the program each year and I must say that Finale 2012 is truly a wonderful music writing program, and it is simply amazing what can be done. So essentially, my composing career really began in 2006.