On a side road, stuck 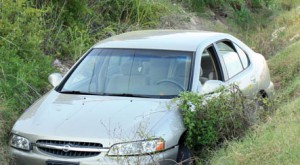 After a bit of thought, I came to the conclusion, in my opinion, the premise is wrong and there is no real answer to the query as it is stated. In my mind, there is no resolution as to how to organize the spiritual and corporeal lives. I would propose a different question with a different premise that will allow me to have a different answer! One may say that I am just escaping and dodging the question, but who is to say really? If you like, follow along with me a bit.

I believe we are individual points of consciousness within this infinite consciousness in which we live and move and have our being. We are more or less finite, but the only limit to our access to the infinite is our ability to understand and receive.  We are eternal, immortal beings. Thus, my premise is that there is only one life, a spiritual one. Since all existence is composed and contained in this one spiritual consciousness, all life must be spiritual.

Accepting that we are immortal, it is reasonable to think we are now incarnated in this physical realm. Imagine yourself an immortal being, and occasionally you put on a cloak, composed of molded mindstuff to exist and experience a physical universe – of matter, of sensation and feelings and of emotions, a most delightful or terrifying playground and schoolyard of learning and understanding. Then after a period of time, you remove the cloak and retire from the physical, until you put the cloak on again. And again. And again.

We have a mind, and it has an objective and subjective side or aspect. As you know, it is most often called the conscious mind and sub-conscious mind, but don’t forget there is only one consciousness just different aspects. The conscious mind is constantly chattering and creating thought and coming to conclusions, while our sub conscious part is regulating our bodies and actually creating our environment. Through our subjective (subconscious) side, we have access to the infinite consciousness, or at least what part of it our mind is open to receive. The material world is the resultant effect, of thought cause.

However we got there, and whatever it might mean to be there, we are still living a life of spirit, for there is no other life. All is spirit, hence all life is spiritual. As beings advance and refine their thought, the level of their existence will rise to higher and finer levels. Good and evil are but two ends of the same string. As is the bright light of realization and the darkness of illusion the ends of the same strand. As the awareness of an individual soul rises, or moves along that strand, less thought will be placed in the physical; which is actually viewing thoughts after they have happened. More awareness will be placed on pure thought and the relationship of an individual soul to the cosmic infinite consciousness. We all shall get there. Realization will only be achieved by the individual development of a soul, but it is inevitable.

This entry was posted in Uncategorized. Bookmark the permalink.

3 Responses to On a side road, stuck