The Player of the Instrument 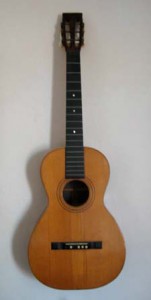 If you recall in a previous visit, I came up with 2 assumptions: that thoughts are things and have power; and Intellectual knowledge is simply a starting point and not enough for success at any endeavor. And in another visit, I intimated that I believe there is one infinite power, intelligence -a universal consciousness that comprises all that is, in which everything exists and of which everything is made. I believe my being is a “bit” of that infinite being, my consciousness is a part of that infinite consciousness, just personalized as me.

To access that infinite power of consciousness and allow it work to create goodness in a life, one must create a thought in the formless, that can slip into the subjective side of the one consciousness and become a “mold” for the objectification by spirit of that which is desired. Is it that simple really? Yes, and no. For a “thought” is not only an image of what is desired, it also carries the emotion you are holding while thinking of the image, and it is attached to how you view yourself while thinking of the image. Success and results come down to a person’s belief and faith in themselves and their creator, an infinite, universal consciousness. As noted above, intellectual knowledge of it is not enough. To the extent one can believe that their thoughts have power, they will have power. To the extent that one can truly understand and accept the fact that they are a personalized portion of this universal consciousness and can, and do, actually create their existence, they will. To the extent that one can go within and unite with the one consciousness, realization will come. For those that are not willing to do this, their lives, more or less, will be created by the race consciousness in the subjective (subconscious) part of their being.

If you are anything like me, the first question that pops up in my mind is how? Honestly, I am struggling with that. But as I think about it, I am drawn to my learning to play the 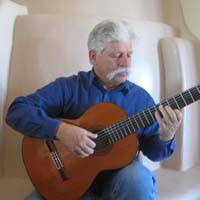 guitar. How did I do that? I worked at it. I struggled and worked everyday until I got so I could play a few chords and scales clearly and awkwardly stumble though simple music. I continued, every day and my ability to play the music became better, over time, still better. Then playing began to be easier and soon I was performing difficult music, and I began to be able to create more and more beautiful sounds.

I do not believe that living well in this world is by stroke of luck or some hidden magic, though this world is magical. I truly believe that I can learn how and master it myself in due time; if I work at it everyday and see myself as an instrument I need to learn to play. If I am stumbling around in my mind now and thinking awkwardly, I will improve daily if I continue to make the effort. I also think it should and will be fun, for I love to play the guitar and I really do love being alive.

This entry was posted in Uncategorized and tagged comments on living, inspiration, thought. Bookmark the permalink.